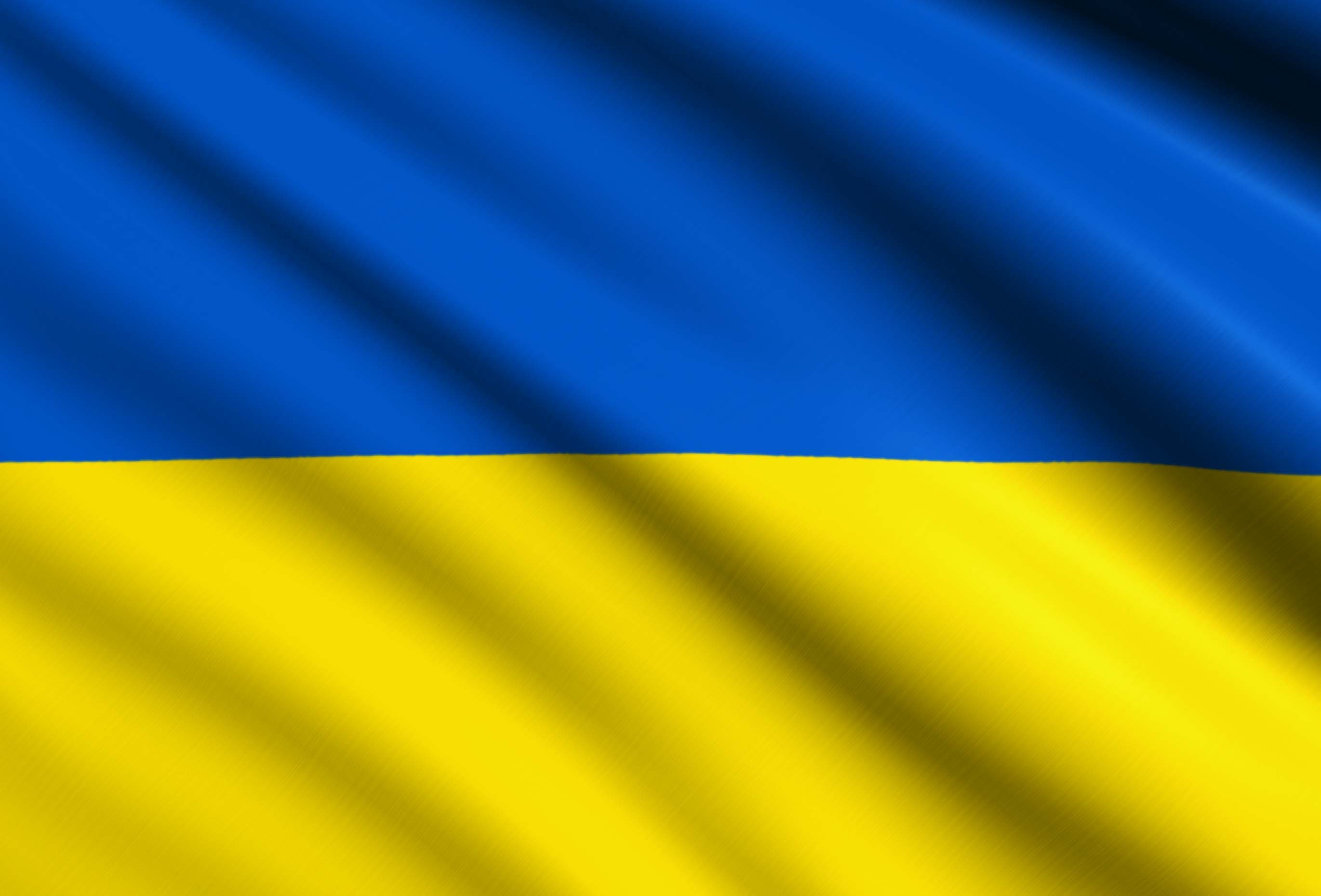 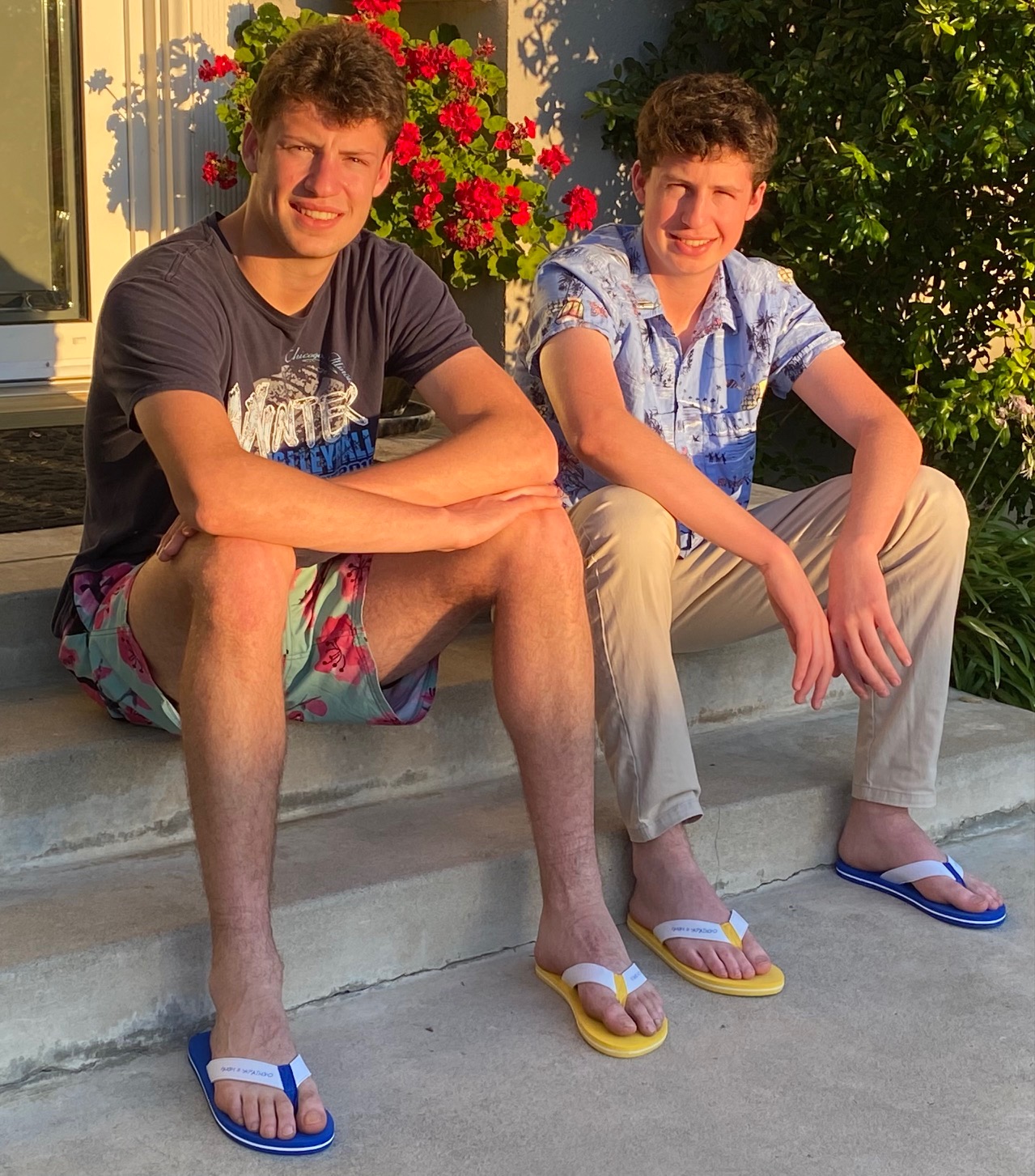 My name is Sam Volokh (Самуїл Євгeнoвич Волох), and I am a Ukrainian-American. (That's me on the right, and my brother, Ben, on the left.)

My father and grandparents moved to L.A. from Kyiv, Ukraine; my grandmother Anya was born in Kyiv, just a few months before the Nazi invasion in 1941. Thankfully, she was evacuated to Siberia, where she survived the war.

Now that there’s another invasion, I’ve looked for ways to do something to help, and came up with the idea of Stand With Ukraine Flip-Flops:

Because I love animals, and volunteer as an Avian Specialist Docent at the L.A. Zoo, I’ve decided to donate all profits from the flip-flops to support Ukrainian zoos, through the European Association of Zoos and Aquaria and its Emergency Appeal for Ukrainian Zoos, in which the L.A. Zoo is participating. I can’t sit idly by while Ukrainian zoos are devastated by the war. According to EAZA,

Funds raised will be used to assist Ukrainian zoos to continue to provide food and care to animals in conditions of relative welfare and safety, as well as providing support for care staff and management at the zoos. We have direct contact with Mykolayiv Zoo, Kharkiv Zoo and Kyiv Zoo, and indirect contact with other zoos via the Ukrainian Zoo Association and the contacts of our Members. Funds will be allocated on the basis of need according to the requests we receive from zoos, and will be distributed to recipients through channels subject to reasonable due diligence. A full report on the fund and its use of donations to support Ukrainian zoos will be issued in due course.

So far, EAZA has donated money to, among others, the zoos in Kyiv and Kharkiv, two Ukrainian cities that have been under Russian attack. EAZA appears to be entirely legit, and seems to operate in a highly transparent way.

If you’re curious about me, I’m seventeen and currently go to high school in Studio City. My mother is a lawyer, and my father teaches at UCLA. Buy Your Stand with Ukraine Flip-Flops!

They come in a handy blue or yellow mesh bag! 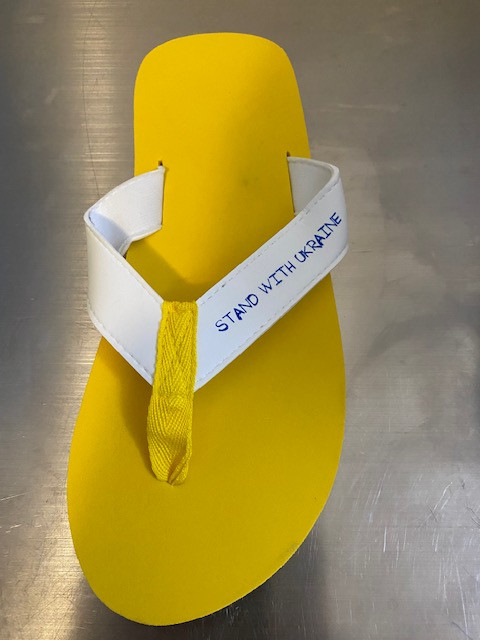